Molten Sea Ark is a new technology that enables waste energy recovery and the removal of toxic emissions from the exhausts of industrial processes and internal combustion engines.

Low Energy Atomic Reconstruction (LEAR) and Plasmoid Power are two examples of the many elements of the technology.

Alpha Prospects has joined with the inventor in the establishment of a foundation which will hold all the intellectual property associated with these inventions for the benefit of those for whom the foundation is constituted.

Licences to develop commercial applications will be granted separately for various elements of the technology and geographical regions.

Use of these new technologies will lead to cleaner air, cheaper water, food, housing, and fuel together with less pollution (higher oxygen levels) in cities.

What is a Plasmoid?

A plasmoid is a coherent structure of plasma and magnetic fields. They are found naturally in thunder storms and more specifically in ball lightening. Plasmoids can be used to cause the separation of water into its constituent parts of hydrogen and oxygen.

How Does It Work

Plasmoids are created from the exhaust gases of internal combustion engines. This is then used as an energy source and to convert the normal harmful emissions from such engines to water and oxygen.

There are three stages: (Refer to schematic on next page)

Firstly, air is ionised using UV light and introduced into the system.

Second, plasmoids are formed in water by passing this ionised air through a catalyst. Plasmoids are then generated by collapsing cavitation bubbles, which are created by a vacuum and then imploded by applying pressure.

Finally, the cold plasmoid and water mixture passes through the catalytic tornado resonator. This comprises two spheres. The exhaust gases from the engine act on the plasmoids; energy is released in the form of heat which is sufficient to change the molecule structure of the exhaust.

Energy is also transferred to the plasmoids retained in the water vapour which is then added to the fuel intake of the engine either through the carburettor or fuel injector in the case of diesel engines. 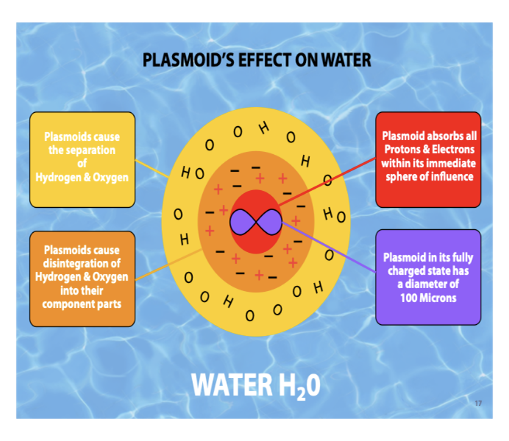 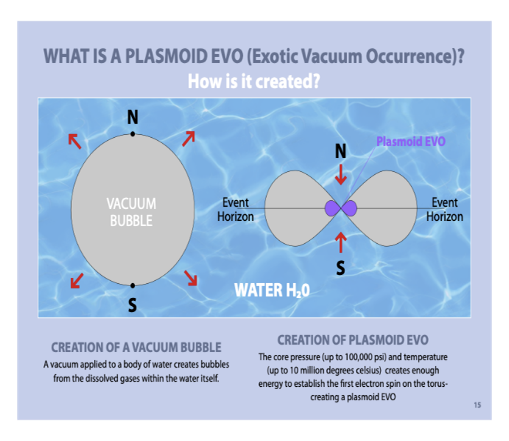 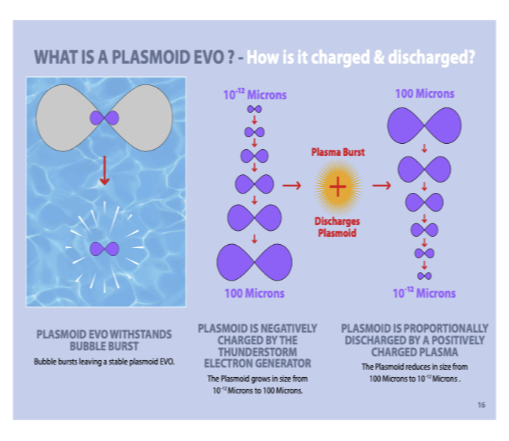 The plasmoid has sufficient energy to split the water molecules into its constituent parts of hydrogen and oxygen.

Cool moist plasmoid enriched air moving into the engine, structured using resonant spheres and cylinders of different diameters interacts with the hot dry air encapsulating it as it moves out in the opposite direction from the engine.

This releases energy at an atomic level within the exhaust stream to alter its composition eliminating toxic chemical wastes such as Carbon monoxide, nitrous oxide, hydrocarbons, and other toxic harmful compounds. 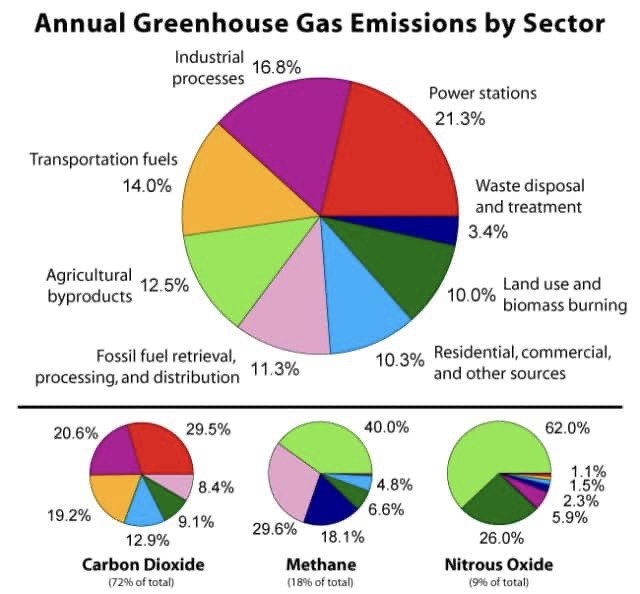 Initial test units have been developed for small portable electricity generators. Later units had been made for larger scale generators. This has demonstrated that the concept is scalable. Both coal and gas power stations can be retrofitted with plasmoid power units.

It may be that the current trend to convert vehicle manufacturing to electric vehicles will negate the need to develop these units specifically for motor vehicles. However, so far electric solutions appear more suited to cars. In any case there will be an increased requirement for electricity to recharge car power batteries.

Shipping is responsible for over three percent of global carbon dioxide emissions and this is growing. Over the last three decades, the shipping industry has grown by an average of five percent per year.

There has already been some work to convert marine diesel engines to operate on hydrogen. This invention is ideally suited to the marine application.

The development of “scrubbers” to clean industrial process waste should be possible using the concept of plasmoid generation and application. This may depend on the temperature of exhaust gases from the particular industrial process.

Referring to the graphic alongside, elimination of greenhouse gas emissions from transportation fuels and power stations throughout the world would reduce annual emissions by 35%.

The invention has been developed over a number of years in Thailand, Australia and the United Kingdom. During this period a number of prototypes have been produced.

Currently there are working prototypes are in Bangkok, Melbourne and London 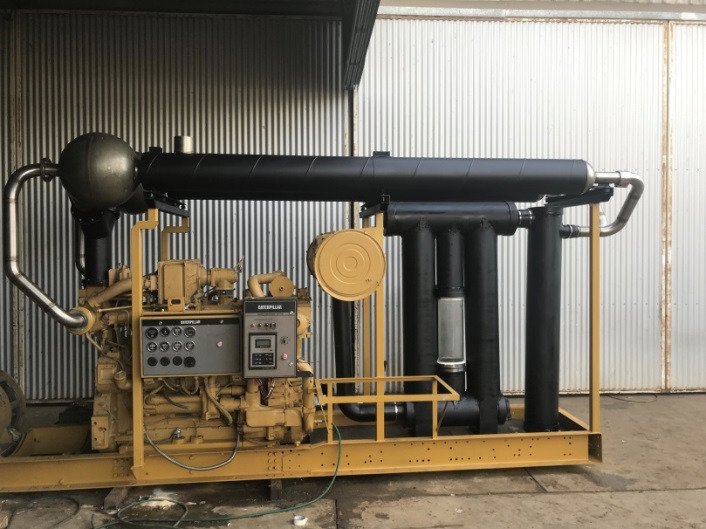 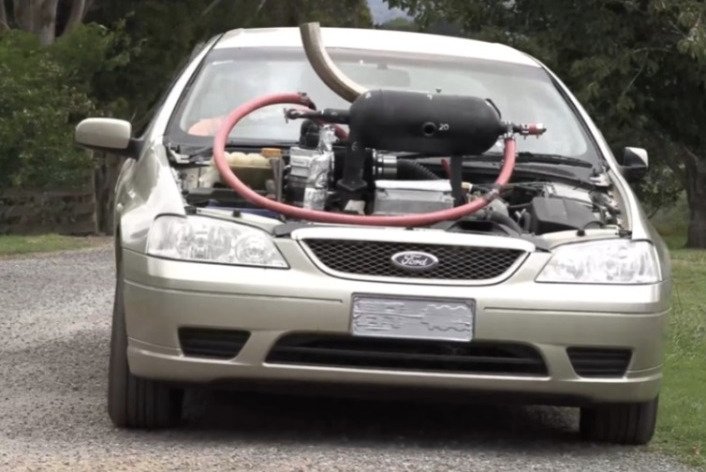 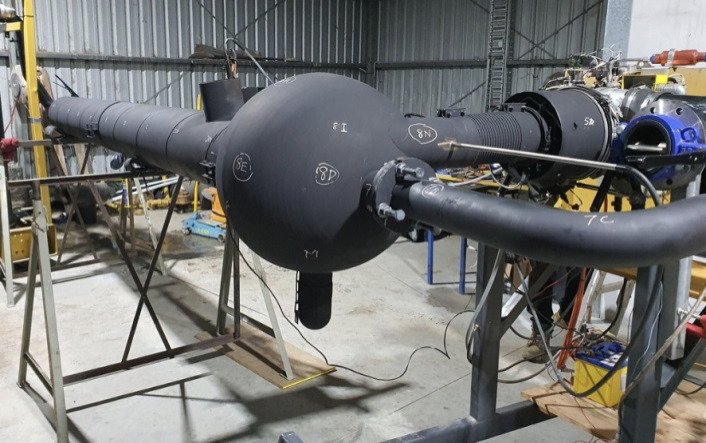 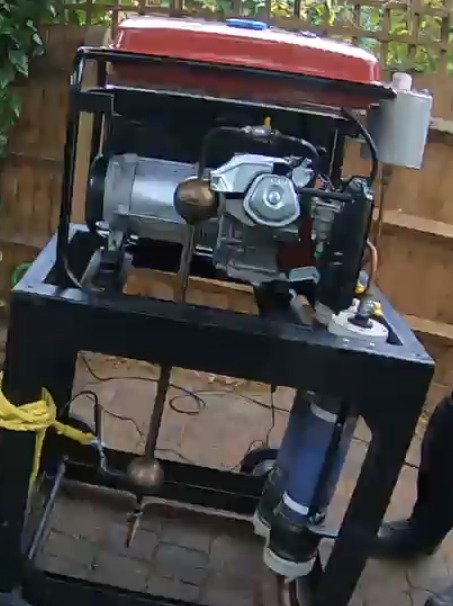 This invention deals with two issues; the elimination of harmful emissions from internal combustion engines together with fuel savings.

In a recent test on a portable generator carried out in the UK carbon monoxide was reduced from 2.2 percent by volume to nil and hydrocarbons from 15 parts per million also to 0 parts per million.

Some photos from the video taken at the time are shown below. 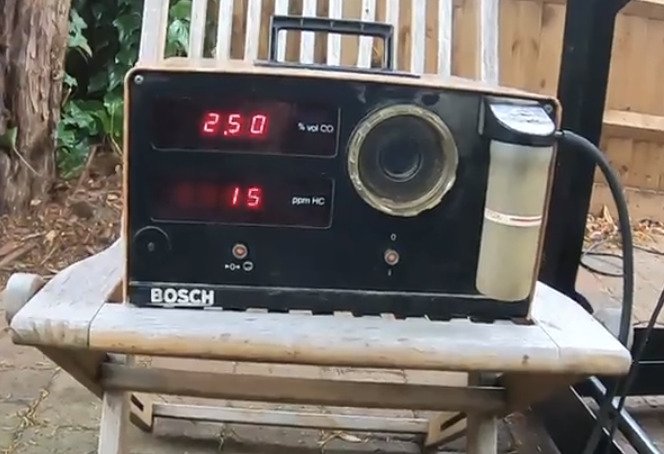 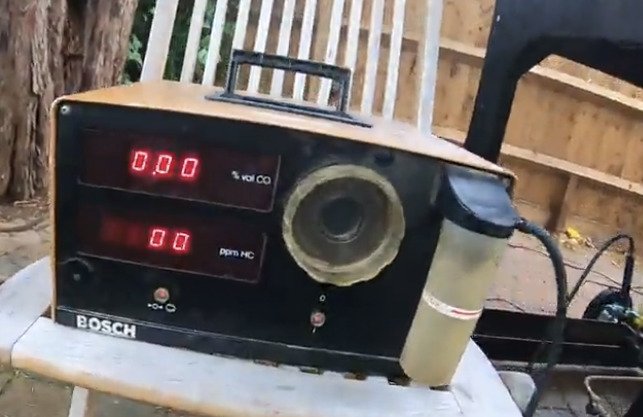 Alpha Prospects Limited, the investment management company focussed on companies with fast growth and/or recovery prospects, announces that it has...